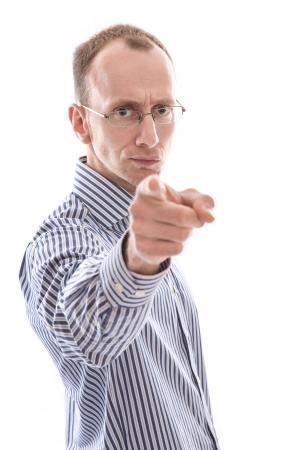 Simon is a 45 year-old happily married man with two daughters. A litigation lawyer, he seems successful and has many friends.

However, recently at a school P&C function, Simon became verbally and physically threatening towards a friend about an issue which had been brewing for some time. Making a terrible scene in front of school acquaintances, Simon was extremely embarrassed about his behaviour.

Although his wife said not to worry about the incident, Simon decided to see a psychologist to prevent such an outburst reoccurring.

After our meeting, Simon discovered several life patterns where anger and aggression were present. At work, he can be aggressive as a part of his role. Socially, he recalled incidences of aggressively throwing golf clubs after a poor shot and getting very upset when a friend made fun of his football team.

Together, Simon and I successfully worked on ways to control his anger and aggression. We developed an action plan and over several weeks, Simon was able to practise his plan:

Simon now feels confident he is able to control any inappropriate anger because together we can take steps towards change. www.believeinchange.com.au

For assistance with anger management please contact us to arrange an appointment with one of our psychologists enquiries@psychologyconsutlants.com.au