Conflict is a Part of Life 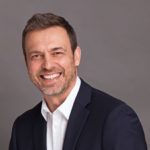 Conflict is in our very nature. Every day, large or small, human conflicts are all around us. But conflict is simply a result of problems being tangled up with the darkside of human nature emerging from innate protection and competition motivations that have evolved over millions of years to help us survive, and that come with difficult tradeoffs. How can we disentangle ourselves and our problems from these more primitive motives and manage conflict better? By activating some of the best bits of what it is to be human, especially the awareness, wisdom, strength, intention and commitment…of COMPASSION.
I was riding my bike at the weekend just past, a leisurely stroll through suburban Brisbane, Australia, on a lazy Sunday afternoon, minding my own business. Riding along the road, I turned right at an intersection where a car was waiting to go the other way. As I past by, I looked through the window, and there was the driver, apparently yelling profanities at me, face contorted with anger, showing me one particular finger pressed up against his window. I’m not sure what had enraged him, I couldn’t hear anything he was saying through the closed window, but something I did presumably made him absolutely irate!
We almost can’t help but have conflicts like this. Sometimes it’s with random strangers, but we also have conflict with our spouses, family and friends, and neighbours. Sometimes gangs, groups or whole communities get into conflict. And of course, nations continue to go to war with devastating and often unnecessary suffering. All of these instances can be traced back to this human propensity to be in conflict.

Where Does This Propensity for Conflict and Violence Come From?

From Conflict to Compassion

The Dalai Lama (1995) has defined compassion as a sensitivity to the suffering of self or others, with a deep commitment to alleviate or prevent it. This uniquely human motivation can be brought to conflict situations in powerful ways, giving rise to helpfulness, forgiveness and assertiveness. Compassion can aid us in managing our protection and competition motives, and motivate us to try to be helpful to all concerned. For example, imagine conflict with a neighbour over a boundary issue. Rather than digging our heels in and not giving an inch, compassion can bring us to a point of being able to consider, “What can I do so that all parties suffer less? What can I do that is most likely to be helpful to all parties?”
And compassion can allow us to see things clearly, and from the other party’s perspective, to connect with their essential humanness, and all the good bits and not so good bits that go along with that. With compassion, we can begin to forgive the other party for the threat, obstruction or hurt they may have caused, wittingly or unwittingly, as well as forgive ourselves for our own transgressions. And forgiveness is a gift! It is a gift to the other person, with whom we have a much greater chance of reconciliation, and it is a gift for ourselves, allowing us to let go of resentful or vengeful thoughts and feelings. After all, those thoughts and feelings are usually much more painful for the person experiencing them than the person they are being experienced about.
For example, imagine conflict over an incident in the traffic. Of course we can stay offended and resentful, and we can start plotting our revenge! Or we can understand that there are many factors that might lead up to that person behaving in that way, we can forgive them for their mistakes, and we can slow down a little, make room for them and let them in. Just think of the suffering this could prevent. This is itself an act of compassion.
And finally, compassion is about alleviating and preventing the suffering of self and others. Therefore, the answer to conflict is not about going to the other extreme of aggression and simply being submissive, giving in or letting people off the hook. Compassion can help us in being assertive, and coming to a respectful agreement with mutually beneficial solutions and outcomes. Compassionate assertiveness guides us towards compromise and fairness, self-reflection and improvement, and effective communication and appreciation. It is about being open to giving and receiving understanding, giving and receiving feedback, giving and receiving appreciation, and agreeing upon reasonable boundaries.
Imagine being criticised by a partner, family member or friend. We can so easily feel threatened or hurt, and the temptation is to become defensive and start attacking. We might lash back with, “How dare you! You are awful and horrible, and you have no right to speak to me that way. I hate you!! In fact, you’re the one who is the problem here!” Of course, this is likely to cause the other person to fire up right back at you. An assertive response that comes from a compassionate motivation might instead be, “When you say things like that it really hurts me. I know that it comes from a place of worry or frustration in you, and yet I get upset because it makes me feel like you really don’t care. Could we talk together about this in calm and kind ways, and see if we can understand where each of us is coming from?”

So, conflict is a part of life. Human beings have tricky brains, and often it is the threat-protection or drive-competition parts of our brains from which conflict emerges. And it can be very destructive. But it doesn’t have to be! Our brains bestow us with a range of comparatively newer functions, such as social intelligence, which, when brought to bear on experiences of conflict, can serve to guide us in ways that are much more effective. Our awareness, empathic understanding and ability to set intentions can activate a more compassionate motivation. Handled well, this allows us to find ways to be helpful rather than harmful, to be forgiving rather than resentful, and to be assertive rather than aggressive or submissive. And together, this allows ourselves and those we interact with to suffer less.