Compassion’s place at the borders: A response to Andrew Bolt 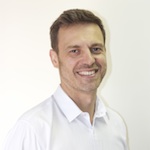 By Dr Stan Steindl, Clinical Psychologist
I’ve always been bemused by the apparent derogatory term “do-gooder”. I wondered to myself, “Isn’t doing good a good thing?” I mean, doing good is reflected in the Golden Rule, is it not? Treat others the way we would want to be treated by them.
This concept, broadly described as “compassion”, is in every religious tradition, and every philosophical, moral and ethical doctrine since ancient times.
So, of course, I shook my head sadly when I came across Andrew Bolt’s recent article in the Herald Sun, in which he declared “Border is no place for compassion.” Sigh.
Charles Darwin said in Decent of Man, “communities, which included the greatest number of the most sympathetic members, would flourish best, and rear the greatest number of offspring.” He actually said nothing about survival of the fittest, that was said by a fellow called Herbert Spencer. Darwin’s assertion could actually be translated as survival of the kindest.
Humans are at their best when they are kind, cooperative and compassionate. Now, this does not mean boundless compassion. Compassion is not the same as simply “being nice” or “giving in” or “letting people off the hook”. But we also know that reprimand, humiliation, punishment, and imprisonment more often have costly effects, especially in the contexts of social, cultural or racial differences. Resentment deepens, divides widen, intentions worsen and people start to take sides.
Compassion is often defined as a feeling and an action. Professor Paul Gilbert, from the Compassionate Mind Foundation in the UK, defines compassion as “…an awareness and sensitivity to the suffering of others, with a motivation and commitment to try and alleviate it.”
And compassion has many benefits. Professor James Doty from Stanford University’s Center for Compassion and Altruism Research and Education (CCARE) in the US, has found in the research that “compassion results in lower blood pressure…increases in the immune function…decreases in stress…compassion is what it’s going to be that saves our species.”
Compassion is good for the receiver and the giver, leading to improvements in the well-being of all.
Mr Bolt’s threat system is activated. He is afraid, and his fight/flight response comes through in his writing. And that’s perfectly ok. We all experience shock and fear in response to the horrors that are happening around the world. These are very difficult times, and the people he is talking about in his article are very different from him and are perceived as a very dangerous threat.
There is no doubt that when we are feeling threatened, compassion is difficult to practice. People worry that compassion will make them weak, or they will be taken advantage of, or they will be harmed in some way. But compassion is strong. It is wise. It is considered. It is kind. It is collaborative. It is encompassing. It is for the benefit of all parties.
Compassion is exactly what we need at our borders. In fact, compassion is what we need at all borders: borders between one person and the next, one family and the next, one community and the next, and one nation and the next. At the borders, compassion promotes peace.
Chris Hadfield is the astronaut well-known for singing Space Oddity from the International Space Station. He also had many insights while in space. Not least he said that looking down from above at our beautiful blue planet, “…you recognise the unanimity of our existence. The commonality.”
When we widen our gaze it is very clear that there is no “us and them”, there is only “us”. And we need to find a way to make compassion work so that we can all look after us. It will take time to shift in the direction of compassion, especially for governments who have so many competing responsibilities. But it seems to me that it is imperative that we do shift into an age of compassion.
Everything depends on it.